There was an air of excitement in the castle. It wasn’t every day that we had a man coming in to be photographed, although now it’s become a more popular type of session we schedule these days.  I think it has much to do with the pensive yet striking man who sauntered carefully up the gothic stairwell.

In one heartbeat, Roly arrived at the studio.  As soon as he walked in, I could feel my fingers tingle, itching to reach for my camera.  This face..that body… all of him…was meant to be seen!

I couldn’t quite place his look.  Mysterious?  Reserved?  Intriguing for sure.

I tried to make small talk with him as we set-up for the shoot.

Roly actually seemed nervous as he leaned over to whisper to his companion, tentatively displaying his wardrobe selections.  They consulted together and I conferred with them as well as to which outfits would produce the best look.  How could anything look bad on this man?  I felt quite certain that he could work a burlap sack!

My camera was in love.  For someone who seemed so shy in person, this man was a star for the lens.  Leaning against the classic Cadillac as his backdrop, Roly’s smile rivaled the stars.  Other staff members giggled and blushed as he moved from set to set.  All eyes were on him!

And yet,  thee was not a sense of gloat or awareness that he was being so admired.  His sensuality was innocent.  Every instruction was followed, although many times direction was not needed.  He knew what to do.  A simple gaze.  One clench of the jaw.  Amazement and awe. 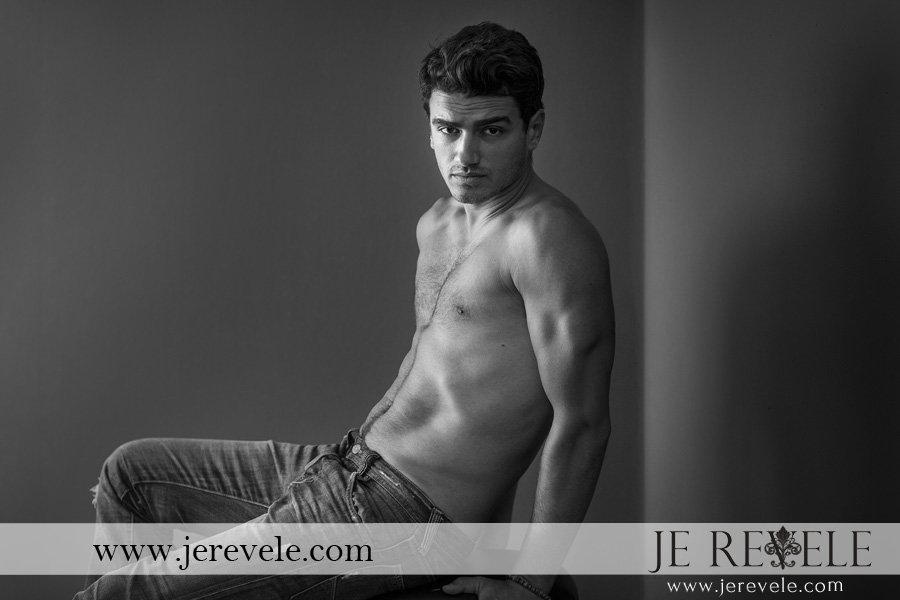 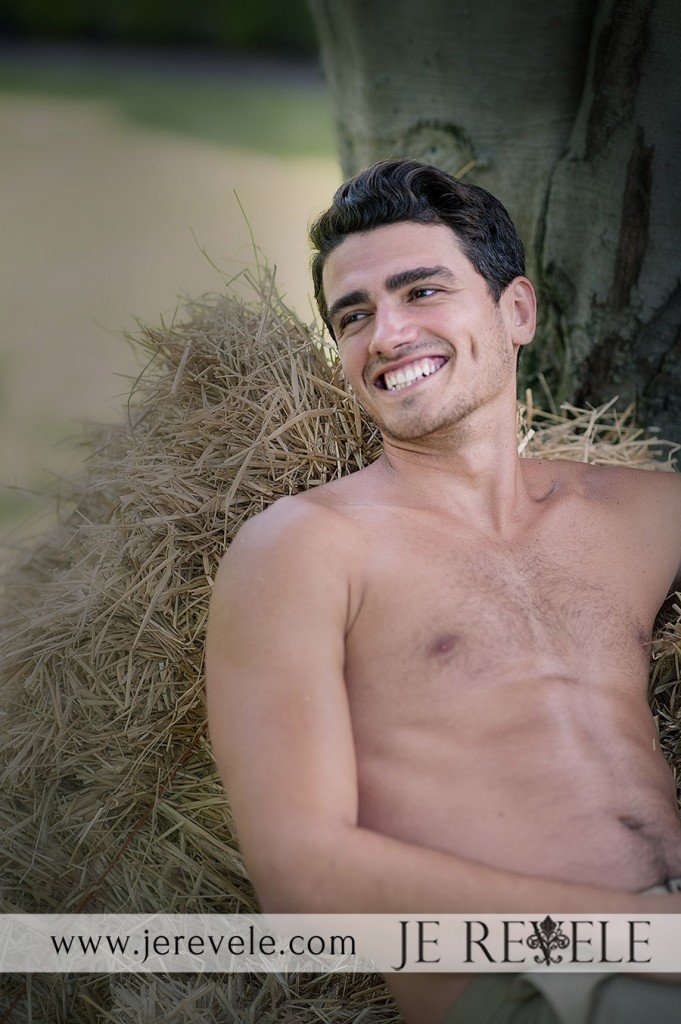 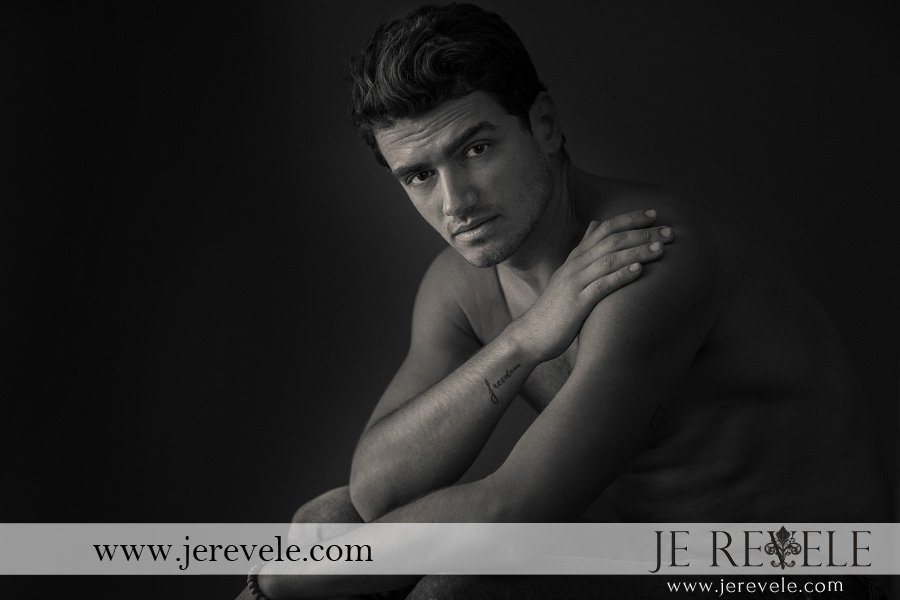 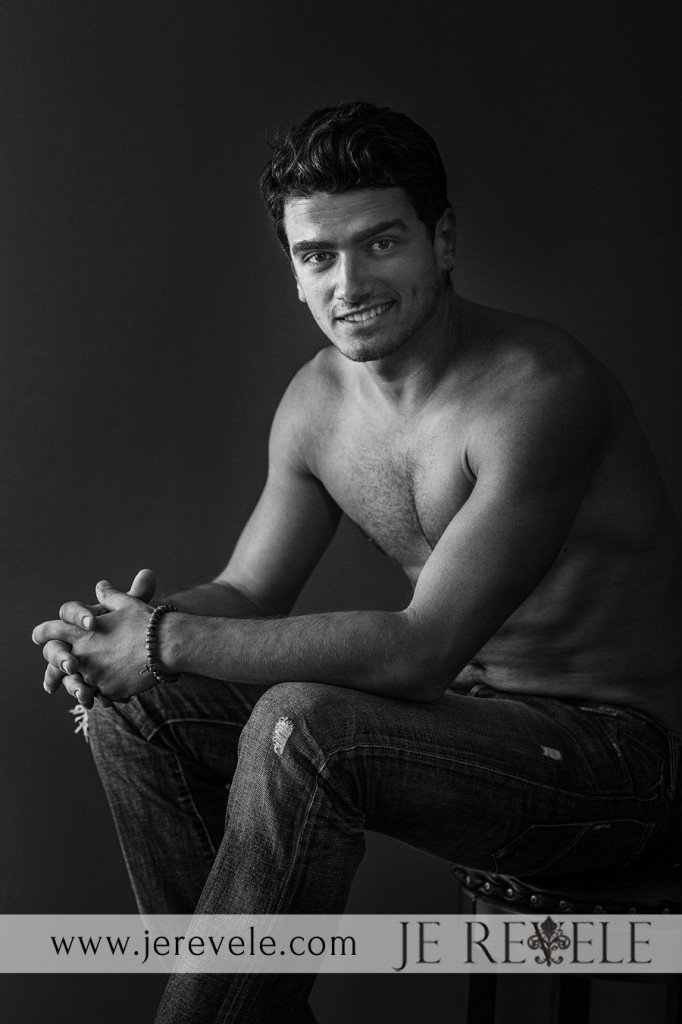 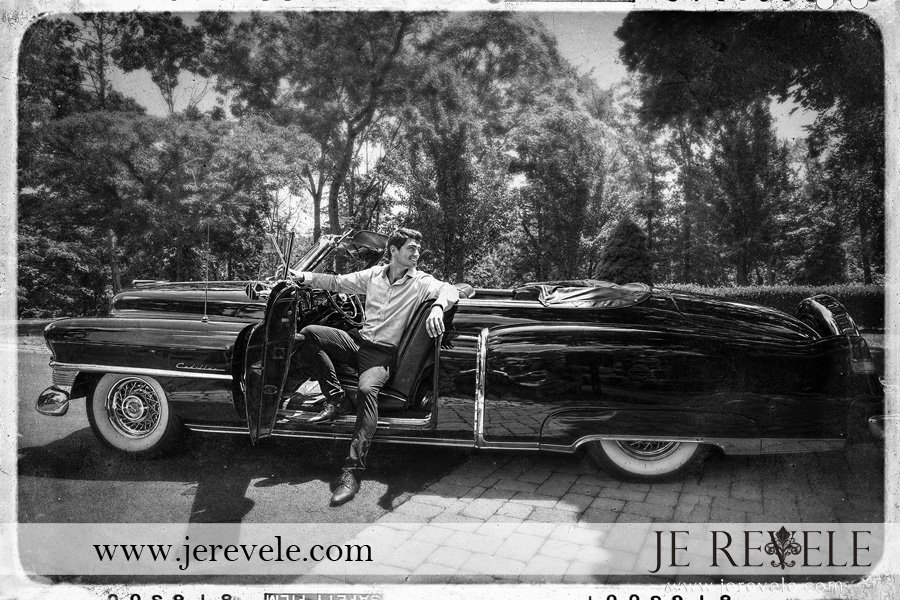 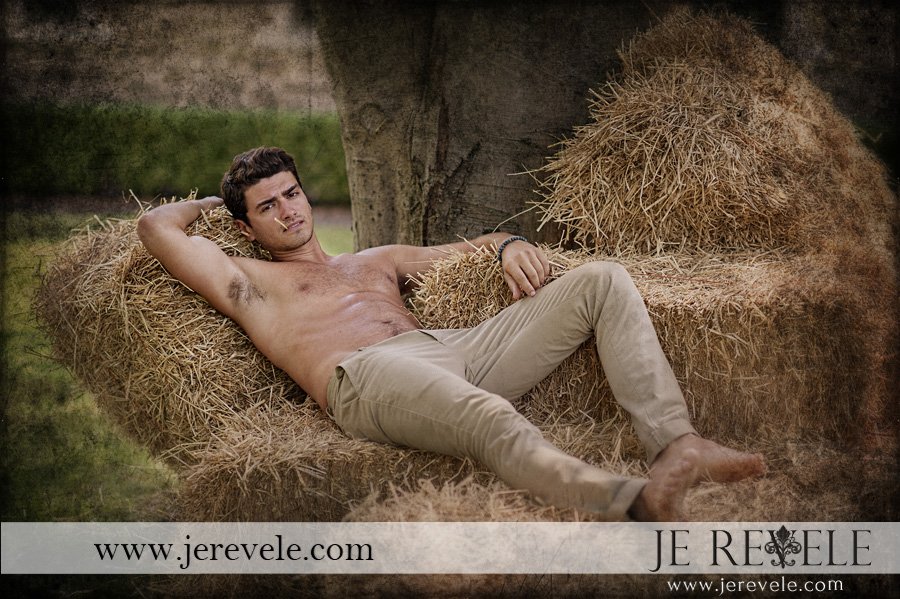 Since this shoot, we have received numerous calls to the studio for men’s portraits. Our clients realize that we are able to capture a person’s essence in its prime and preserve it for all time.  In our photographs,  we reveal the most desirable, irresistible features that time is destined to ultimately change.  Fortunately for us, we can admire Roly’s handsomeness for years to come.